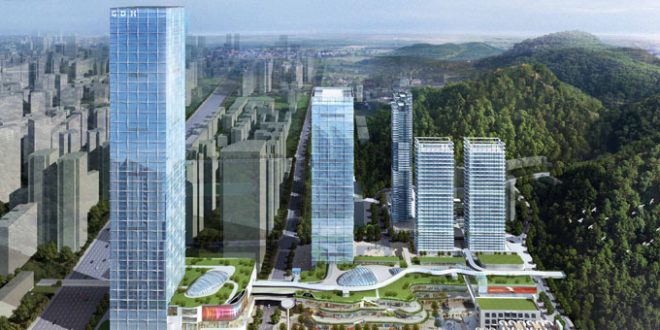 Americans are hoarding trillions of dollars in cash before the presidential election: Morgan Stanley

GDH City Drives H1:20 Results.  GDL reported first half results with Revenue of HK$1,898.5 million, its highest Revenue in a reporting period since switching to property development.  The sharp increase was attributed in large part to the Company completing the NW Land portion of GDH City in the first half and delivering 17,582m2 in units.  Much of the remainder was from Laurel House, which delivered 9,053m2 in the first half, higher than we expected, while its commercial units, GD?Delin, offered tenants some rental concessions during the COVID shutdown, and ended the period with an occupancy rate of 83.5%.  Gross Profit for the period was HK$875.3 million.  Operating expenses were up from previous periods, however most was related to commission expense from the higher sales in the half.  GDL also booked a HK$1,893.1 million fair value gain from GDH City.  Income Tax Expense was HK$878.2 million, resulting in Net Income of HK$1,736.8 million, or 101.48 per share.

Updates on Projects Under Development.

Model Update.  We made a number of changes to our model, including adding in cost and profit estimates for the Jinwan Project in Zhuhai, updating deliveries of existing projects, and increasing operating expenses going forward.

Maintaining Rating & Target.  GDL continues to develop and expand its property portfolio, with the completion of the NW Land of GDH City, the continued development of the Northern and Southern Land of GDH City, and the acquisition of new projects that begin to set up cash flow streams beyond the initial GDH City project.  With continued progress on all projects, despite the COVID impact on the economy, we are reiterating our Buy rating and HK$4.00 target price on Guangdong Land Holdings.  Our target price is based on our DCF model that covers GDL’s entire project portfolio, discounted at 6.5%.

Previous Can B Corp Announces Second Quarter 2020 Results
Next Endurance Exploration Group, Inc, Has Entered Into a Contract Extension With an Island Nation